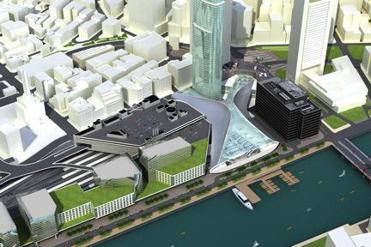 Over the past two years, a proposal has been in the works for a major expansion of Bostons South Station. Lawmakers in support of the project point out that this expansion would have benefits for the entire State.

Originally built in 1899, South Station had over 28 tracks to bring people into Boston. After the turn of the century and the rise of the automobile, public transit fell out of favor for many and South Station was sized down to its current state of only 13 tracks. While South Station had remained a landmark in Boston, the station has been overwhelmed in recent years with the growing population and the rising use of public transportation.

The proposed expansion would be an $850 million project that would nearly double South Stations capacity from 13 tracks to 20. It would be financed with a combination of State and Federal grants, along with revenue generated from a high-rise tower that would be built over part of the station to hold offices.

A major component of the plan would be the relocation of the U.S. Postal Service General Mail Facility. This massive mail facility spans almost the entire length of South Station as an unsightly building filled with loading docks. A new mail facility would be built near by in the Seaport District while the freed up space would be used for the expansion and new apartment buildings overlooking the Fort Point Channel.

Dorchester Avenue, which currently serves as a stretch of asphalt to accommodate the mail facility loading docks would be transformed into and pedestrian friendly boulevard. The new walkway would be lined with trees and new streetlights to accommodate the new apartments built next to South Station.

The biggest incentive for the project will be for the thousands of commuters who use South Station every day to get to work in the city. The addition 7 tracks would help eliminate long waits during rush hour. 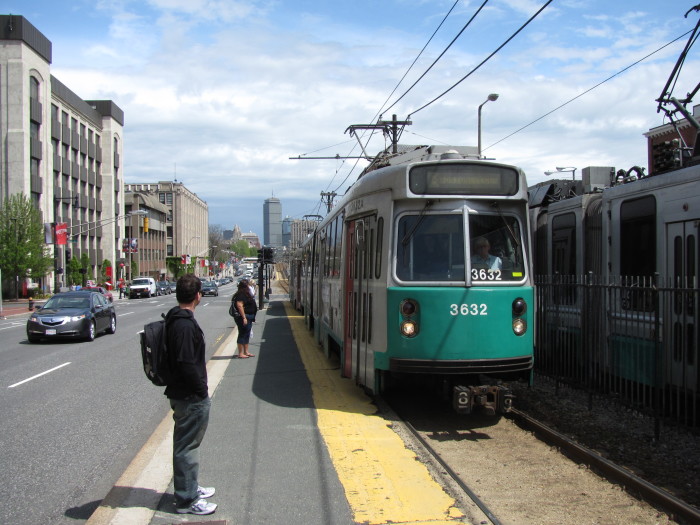 A major redevelopment plan has been approved for one of Bostons busiest streets, Commonwealth Avenue. The redevelopment is expected to have positive implications for the thousands of people who live near by and the many people who commute to work downtown.

Starting at the Boston Public Garden, Commonwealth Ave. is a massive street that goes from the center of Boston all the way to Boston College at the edge of the city. This street serves as a major transportation conduit with large sidewalks for pedestrians, bike lanes and many bus line stops. Furthermore, the entire B branch of the Green Line runs along the street from beginning to end.

Over a mile of Commonwealth Ave. is flanked by Boston University. The portion of the street running from Kenmore Square to the BU Bridge was redeveloped several years ago and is adorned with benches, trees, fine landscaping and modern iron street lamps. From the BU Bridge to Boston College, Commonwealth Ave. is a very poorly maintained streetscape with cracked sidewalks, broken curbs and outdated cement street lamps. Soon that will all change.

The plan to redevelop the rest of Commonwealth Ave. from the BU Bridge and onward will be broken up into three phases to minimize disruption as much as possible. When completed, the street will be completely repaved and adorned with new sidewalks, landscaping and benches for people to sit. The old cement street lamps will be replaced with the modern iron street lamps, which will help foster a more consistent look for the street. Aside from aesthetic improvements, some of the above-ground stops on the B line will be reconstructed to be more accessible to the elderly and handicapped.

While all of these changes have received full support from the community, the planning process has been held up over the new layout of the street. Several organizations including BU Bikes and Boston Cyclist Union have been advocating for additional protections to make the biking on Commonwealth Ave. safer. With several of the safety measures now approved, construction is scheduled to start this summer.