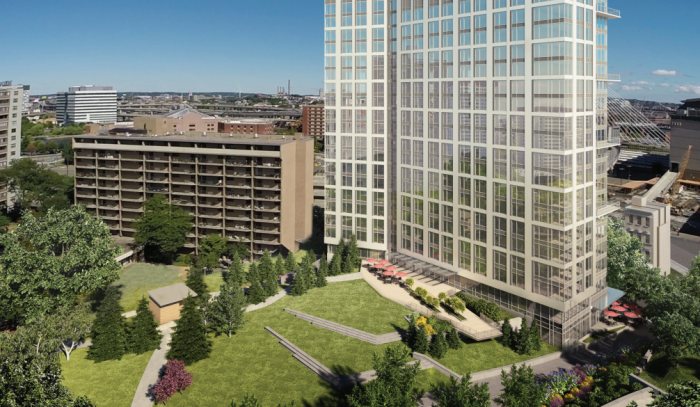 A proposal has been submitted for a high-rise residential tower to be built on the site of the West End Garage. Located near the TD Garden, the West End Garage is a four-story concrete structure that was built along with many other unsightly garages in Boston during the 1960s.

The current garage has over 650 parking spaces for West End residents and people attending sports events or concerts at the TD Garden. The proposal calls for demolishing the existing structure in order to build a 46-story residential tower. The parking garage would be moved underground and would be expanded to 850 parking spaces. The new tower would hold over 480 luxury apartments with sweeping views of the city. The lower floors of the tower would be used for retail space. Along with the construction of the building, the developer has promised to redesign and landscape the area surrounding the tower.