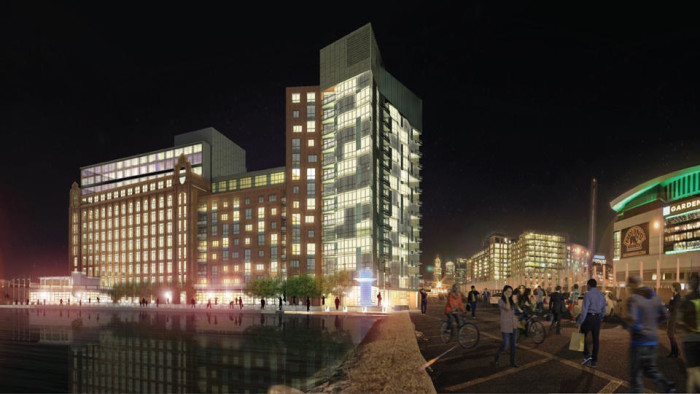 The Lovejoy Wharf Development has three major stages. The first stage consists of the construction of a new headquarters for Converse. The new headquarters will be located in the historic Hoffman Building, which will be completely renovated on the inside while the outside is preserved.

The second stage consists of the reconstruction of a new and updated harbor walk, which will once again link the North End and the West End. The current harbor walk through the wharf was crumbling and was constantly flooding over making it difficult for pedestrians to pass after storms. The new harbor walk through the wharf is up to safety standards with modern lighting and is now accessible for boats and water taxis. The space has been branded as a Public Waterfront Pavilion and will offer seating and landscaping with views of the Zakim Bridge.

The first two stages have already been completed and now construction has begun on the third stage. This final stage will consist of a modern 14-story tower that will be connected to the historic Hoffman Building. The new addition will have retail and restaurant space on the ground level while the upper floors will have up to 175 new condo units.