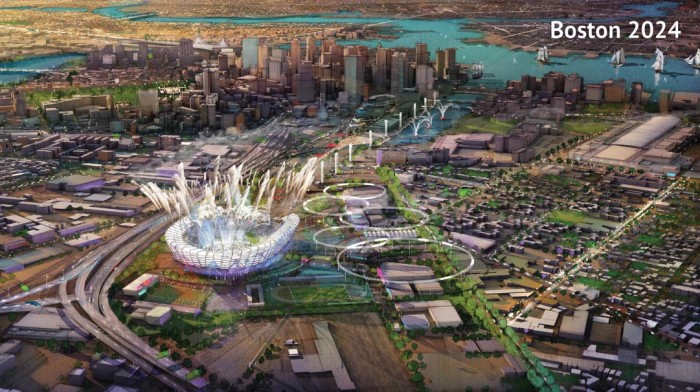 Since the announcement of an exploratory committee to analyze the possibility of bringing the 2024 Summer Olympic Games to Boston, there has been a great divide among supporters of the plan and people who strongly oppose it. Now the city of Boston has won the bid to be the official US city in the final round and is a strong contender to host the 2024 games.

In January, the Boston 2024 Committee released its initial plans to the public, which has triggered and new round of controversy. Many Boston residents who oppose holding the Olympics here, believe that the city does not have the infrastructure to withstand such a massive event and that the price tag would outweigh potential benefits. Supporters of the plan point to the fact that Boston has the ability to utilize the housing and sports facilities of the many major colleges and universities around the city. They also believe that the Olympics would give the city an incentive to overhaul the transportation system and develop parts of Boston. There is no doubt that developments in transportation and real estate would last generations after the Olympic games.

The initial plans released call for the development of the area around the Convention Center in the Seaport District and an Olympic Stadium to be built in the heart of Boston. The location of the stadium would be in Widett Circle, which is currently an industrial park with a consortium of railroads, warehouses and loading docks, surround by an elevated highway. The area surrounding the stadium would be redeveloped into a new neighborhood known as Midtown, complete with parks, athletic fields and housing facilities.

The stadium and surrounding area would be connected to the rest of Boston through the redevelopment of the Fort Point Channel, which would be transformed into an Olympic Boulevard. There would be new walkways, landscaping and lighting along with the construction of new pedestrian bridges across the channel.