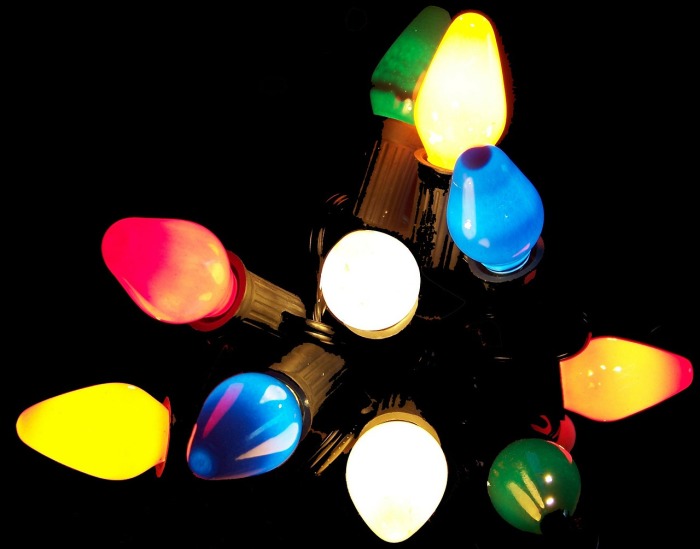 The holiday look will officially be upon us starting December 1 with the lighting of the white lights along the Commonwealth Avenue Mall. The lighting season begins in earnest however, with celebrations in Copley Square on December 2, and on the Common on December 4. All information courtesy of the Boston Discovery Guide (http://www.boston-discovery-guide.com/):

Copley Square Tree Lighting - Tuesday, December 2, 5:00pm-6:00pm - Wreaths with red bows decorate the square and the Old South Church bell tolls when the lights go on - look for appearances by Santa, the Boston Pops, and Rudolph! The Boston Public Library and Catered Affair host a story time and candy cane tea at the Fairmont Copley Plaza from 3:30-5pm (tea is free but you must make reservations - call 617-859-2282). More family fun begins at about 4:30pm with Jugglers, stilt walkers, and holiday music provided by Magic 106.7.

Boston Common Holiday Tree Lighting - Thursday, December 4, 2014 from 4pm-8pm (lights go on at about 7:55pm), with games, prizes, and more at the Frog Pond Skating Rink. This exciting event takes place near the Visitors Information Center on Tremont St and stars the special tree sent as a gift from Nova Scotia and 80+ other lighted trees throughout the Common and Boston Garden. When the Mayor turns on the lights, the Boston holiday season officially begins!

If you are anything like me you find yourself from time to time channel surfing and stopping on one of the seemingly, endless house flipping shows on HGTV or similar networks. Having flipped houses myself, I find these shows interesting. One thing that many of the shows have in common seems to be good contractors. This is a huge area of exposure in any flip, unless you happen to be an accomplished (and licensed) jack of all-trades. There is nothing worse than showing up at your flip and seeing that your contractor has packed up his tools and is on to the next job, before finishing your job. So for those of you inspired by all the success stories on HGTV, I would strongly recommend having a contractor that you have worked with before dipping your toes in and buying that fixer-upper. Assuming you have that contractor lined up and ready, how easy is it to find a potential flip? A few years back, opportunity seemed to be everywhere. Now, as the economy has improved, it seems that the Boston market is diverging from the much of the rest of the country. A recent article by DS News (see below) examined the market for flipping throughout the US, which confirmed that overall there is less flipping going on, but Boston is one of the top five cities with a 40% increase in flips, year-over-year.

This is interesting because foreclosures, (traditionally a good front-end source for flips), have dropped in the same period. Our own experience indicates that while there may be more flips in the Boston market, it is really being driven by the escalating prices and appreciation on the back end, as opposed to an abundance of inventory on the front end of the transaction.

Home flipping sales declined nationwide both quarter-over-quarter and year-over-year, hitting their lowest level since the second quarter of 2009, according to RealtyTrac's Q3 2014 U.S. Home Flipping Report released today. The number of home flipping sales, or those in which a home is purchased and sold within 12 months, represented 4 percent of all single-family home sales in the U.S. in the third quarter, down from 4.6 percent from Q2 2014 and from 5.6 percent in the third quarter of 2013, according to RealtyTrac. The average gross return on investment for flipped homes in Q3 was 36 percent, a slight increase from 35 percent in Q2 but a slight decline from 37 percent from the same quarter last year, according to RealtyTrac. The average gross profit per home flipped for investors was $75,990 in the third quarter, RealtyTrac reported.

"Flipping returned to its historic norm of 4 percent in the third quarter as home price appreciation cooled in many of the hot flipping markets across the country," said Daren Blomquist, VP of RealtyTrac. "Meanwhile, the record-high average profits per flip in the quarter demonstrate that flippers are still filling an important niche in an aging housing market with historically low levels of new homes being built. The most successful flippers are buying older, outdated homes in established neighborhoods and rehabbing them extensively to appeal to modern tastes." The top five metropolitan areas with the most home flips were Miami (1,190), Phoenix (1,147), New York (1,070), and Tampa (789) with Tampa being the only one of those five that saw a year-over-year increase in home flips in Q3, according to RealtyTrac. The top five metros that saw the highest year-over-year increase in home flips were Louisville, Kentucky (117 percent), Kansas City (66 percent), Boston (40 percent), New Orleans (38 percent), and Indianapolis (35 percent).

"The markets with an increase in flipping tend to be those with older, distressed inventory still available that flippers can often buy at a discount and add value to," Blomquist said. "Those discounted distressed properties have become harder to find, but a recent jump in scheduled foreclosure auctions could provide more fodder for flippers in the next three to six months."

If you are interested in finding a property to flip in the Greater Boston area, please contact our office. Wed love to help you flip a property that would make the HGTV jealous!